The Indian Creek Youth Camp is located on the banks of Center Hill Lake, not far from Liberty, Tennessee. The Caney River feeds the lake and is a popular recreational area in central Tennessee.

Indian Creek can accommodate up to 350 people, and in the surrounding hills are permanent residences and vacation homes. Unlike similar locations, the camp does not close for the winter. The cabins are rented to vacationers and for retreats during the winter. The camp and surrounding area are large enough to have their own water system, which services the nearby residences. The camp is a surface water system that requires full treatment of the water it pulls from the Caney River.

Herb White ran the system for more than 20 years. Herb’s duties were not limited to just the water system. He managed and performed maintenance all over the camp, so his time with the water system was often limited.

The documentation for the water system became outdated along with the aging infrastructure. The Tennessee Department of Environment Commission (TDEC) regulates the system. The Standard Operating Procedures (SOPs) were written on a whiteboard. The system must sample its water, but those samples were not regularly taken. There was no set sampling schedule. Source water assessments weren’t performed. The water operator usually only visited the office once a month to complete paperwork and perform bacteriological sampling to monitor for the presence of coliform bacteria and pathogenic bacteria. The system fell out of compliance with state and federal regulations.

In 2020, Herb decided he was ready to retire. He began working with his replacement, Ben Copely. Herb mentored Ben to take over all of his responsibilities, at the place that Ben has known since his childhood.

“I came here as a camper years ago when I was a kid,” Ben said. “As a teen, I started working here with Herb White. I did maintenance one year, and one year I worked with the horses.”

Before Herb called him about the job, Ben had moved across the country, from Florida to Idaho. By that time, Ben had a diverse background in construction and maintenance, so he was the top choice to replace Herb. Ben would need to become a certified water operator to take over all of Herb’s responsibilities.

As the transition began, the water system received a state order. The system was out of compliance because of a lack of proper testing and documentation. The state order noted that the system was not sampling regularly. It was not performing tasks related to the Long Term 2 Enhanced Surface Water Treatment Rule (LT2ESWTR) and Revised Total Coliform Rule (RTCR).

Indian Creek was referred to Communities Unlimited (CU) for assistance in regaining compliance. Ben said he was skeptical that such an organization could provide so much for no cost to the water system.

“I didn’t believe it was true that someone could help decipher everything,” he said. He checked with other nearby systems that had worked with CU and heard high praise from each one. Reassured, he was ready to meet with Annie.

"I took the test the first time and failed it, so I started again with her. Annie was very supportive, and she'd ask me questions and answered questions when I had them." 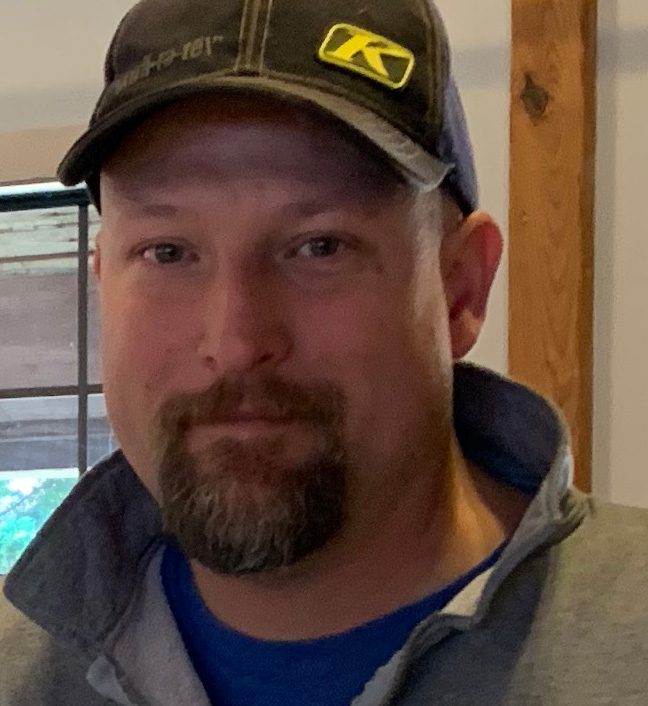 Unfortunately, COVID-19 forced the cancellation of the exam. The exam is only offered twice a year, so his next opportunity to take the exam would not be until November of 2020.

“It was really disheartening to have that taken away,” Ben said. Annie worked with Ben to keep his knowledge fresh and prepared for the next exam. Ben said he continued to study hard, even spending most of a family vacation studying. Ben knew the stakes.

“It’s super important that I pass the test and that I deal with the state and not forget anything or mess up something,” Ben said. “If I make a mistake, it could cost us.”

The exam was held in November as scheduled, and Ben took the test. He informed Annie that he had passed and was now a certified water operator. The certification paved the way for him to take over the water system and Herb to retire in 2021.

After management of Indian Creek fully transitioned to Ben, there was still a lot of work to get the water system back into compliance.

One of the issues to be addressed was monitoring the water source. When Annie requested the plan from Indian Creek, she received a single page with the sample plan, maps of the system and collection points.

The system lacked a cross-connection control plan and a Watershed or Source Water Protection Plan to outline how to alleviate existing and future threats to the water supply.

“Annie made sure we had PPE,” Ben said. “She got us some masks when no one else had them.”

Annie worked with Ben to develop a Corrective Action Plan to satisfy the state regulators. Annie guided him in creating a Cross-Connection Control Plan, a Sampling Plan, a Watershed or Source Water Protection Plan, Monthly Operational Report (MOR), and approval from TDEC. The system prepared proper documentation of SOPs, as the previous instructions for the water system did not address all of the system’s needs.

Ben praised the assistance Indian Creek has received from Annie and Communities Unlimited.

“What I love about Annie is she’s always there to encourage you and keep you on track,” he said. “For me, it’s fantastic to have Annie looking over my shoulder and Communities Unlimited. My biggest fear is that Annie retires.”

Annie continues to mentor Ben as he navigates issues that arise with the system and assist in finding solutions that fit the needs of the camp.

Back To Annual Report